An Open-air Screening of "Animation for Peace" 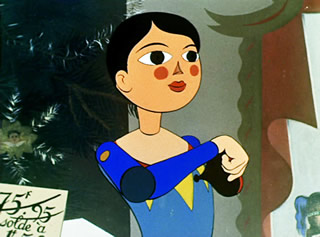 On a snowy day, in a toyshop of an uninhabited town, two dolls – a little acrobat boy and a lovely girl – are attracted to each other. However, when a general order to destroy all toys is announced, the boy is taken away to the war as a soldier. 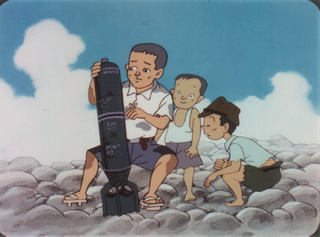 On August 14th, 1945, the night before the end of the World War II, the last air raid in Japan hit upon Kumagaya City, near Tokyo.
Sachiko, a 7 year old girl who lost her family by the previous air raid in Tokyo, came to Kumagaya to live with her uncle's family. However, the next night, she again experiences another air raid in Kumagaya, and passes away…
Many lives were sacrificed by this air raid, just within a few hours, and people who were saved heard the Emperor's surrender announcement in the ruin.
This animation is based upon the interviews with the people who experienced the Kumagaya air raid, as well as the notes and documents by those people.